In the United States and Canada, we’re fortunate to have very high standards in road engineering and safety. Of course, there are still some narrow, unpaved country roads and old, outdated bridges, but for the most part, we have it pretty good. When compared to other parts of the world, our highways and main thoroughfares are excellent. To prove the point, here’s a list of 5 of the most dangerous roads in the world:

The North Yungas Road is 40 miles long, 10 feet wide and descends 11,000 feet from La Paz to Coroilo in the Amazon Basin. The road is heavily trafficked by trucks and mini-buses moving produce, goods and people up from the rainforest despite the 2,000 foot drop-offs, heavy rains and fog, landslides, waterfalls and tumbling rocks and the lack of guard rails, pavement or emergency vehicles. Although they usually drive on the right in Bolivia, by law on the North Yungas Road, one drives on the left so you can see how close your tires are to the drop off! Improvements were made to one section of the road in 2006 which decreased the number of deaths on the road each year since from an (estimated) 200 – 300 to only 100 per year (estimated). 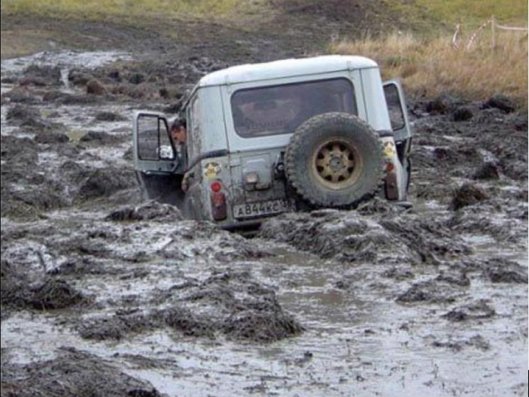 In winter, a person might wonder why the M56 is known locally as the Highway from Hell. However, in the non winter months of July and August, it’s pretty obvious from which the nickname comes. That’s because once the ground thaws, if there is any significant rain, the Lena Highway becomes 600 miles of very deep, nasty mud and standing water, capable of stranding truckers and motorists for days.

Frustrated by the inaction of their government officials to help build a road that would connect their mountaintop village to the rest of civilization, the local villagers decided to build a road on their own. Only ¾ mile long, the tunnel is 16 feet tall and 13 feet wide. With so many unpredictable twists and turns, drivers are not surprised to learn this road is the quintessential DIY project. 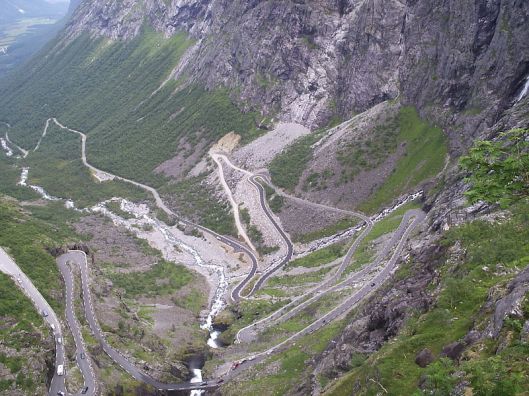 Eleven hairpin turns are required to climb a grade of 9 percent to reach the mountain pass’s 2,790 foot elevation. On your way back down, try not to look at the beautiful 1,050 foot Stigfossen Waterfall – or you may miss a sharp turn and follow the water down to the valley floor! Even with recent widening of the road, vehicles longer than 41 feet are still prohibited from using the road. 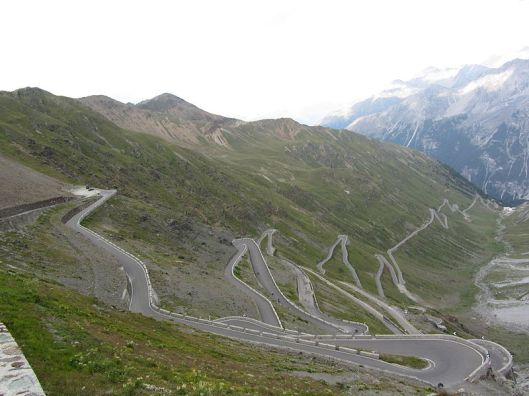 Located in the Italian Alps, the 9,045-foot Stelvio Pass is the second highest paved mountain pass in the Alps, and the highest in the Eastern Alps. Known as the Queen of the Alpine Roads, it was actually completed in 1825 for military purposes. Although probably not as death-defying as the other roads listed here, it’s still pretty scary, especially since the automobile hadn’t been invented yet when the road was engineered. From the Prato side of the pass, the Stelvio Pass Road climbs up through 48 hairpin turns before achieving the pass. On the way down, it’s a mere 27 hairpins.

Do you know of any “dangerous” roads in America? Or have any of you been brave enough to traverse these treacherous paths? We’d love to hear your story!