In 1960, John Steinbeck converted his truck into a personalized camper. He then named it Rocinante and launched on one of America’s great recorded journeys of a man and his dog. Charley was a 10-year-old French Poodle, and was the partner in many of Steinbeck’s mental conversations during the trip. Millions of readers have lapped up his “Travels with Charley,” and many of those have set out to replicate his adventure. 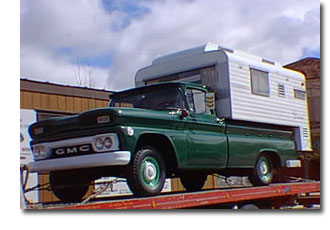 No Longer an Oddity

While Steinbeck was one of the first to venture forth with his canine buddy in an RV, dogs and RVs are now a common sight across the country. Traveling in an RV provides the flexibility not typically enjoyed through other means of transportation like flying directly to a destination or driving the family car and staying in hotels along the way. After all, in an RV, you can bring just about anything you want – and that includes your dog!  Many RVers have even started taking their RVs and their dogs to dog shows, not only to spectate, but also to compete.  Many dog shows are located at fairgrounds which also include campsites.  This combination makes dog shows the perfect RV travel destination.

Dog shows can be found in just about any state at any time of the year.  We have picked a few occurring over the next couple of months that might pique your interest:

We would love to hear about your adventures, so check back with us and feel free to share in the comments section below.