Tony Bennett left his heart in San Francisco and as RVers we also get to fall in love with America’s best cities, parks and off-beat attractions. Now that fuel prices are less scary and the economy is doing better, this is shaping up to be a great year for RVing. No matter where you love to roam, the U.S. has many terrific destinations big and small, like those on my own personal list of the top three RV destinations for 2016: 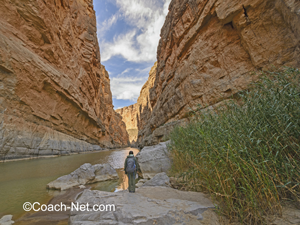 The National Park Service is turning 100 this year and there’s no better way to celebrate this milestone than trekking to Big Bend National Park, one of the most magnificent landscapes in the west. This park’s extreme remoteness and rugged terrain make it a jaw-dropping American treasure that you won’t soon forget. If you
love stargazing into pitch black night skies, hiking challenging desert trails and immersing yourself in the culture of the American west, put Big Bend on your 2016 bucket list.

Keep in mind that Big Bend National Park isn’t the kind of place you visit on a whim: it’s located five hours from any major city and requires thorough, advanced planning. For instance, nearly all of Big Bend’s RV-friendly campsites are non-reservable dry camping spots that go fast during peak times like spring break so it’s best to visit during quieter times. You’ll also want to make sure your RV is mechanically sound and stocked with provisions before heading out, since modern conveniences like cell service and grocery stores are hard to come by in these far-flung borderlands.

Next up: Cooling off in Colorado’s San Juan Mountains

When you think of Colorado you probably envision the Rocky Mountain peaks that embrace Denver’s skyline, but there’s another section of the Rockies that you might find even more spectacular: the San Juan Mountain Range in the southwest corner of the state, near Durango. The sharp peaks and deep valleys embedded into the steep volcanic mountain range are the starting point for much of Colorado’s best four- wheeling, fishing and backpacking. 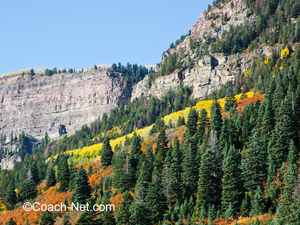 Telluride and Durango are two of the San Juan’s most well-known destinations but I prefer the terrain surrounding the former mining meccas of Lake City, Ouray and Silverton. The three historic communities retain a rustic, pioneering feel that more upscale San Juan communities lack. They’re especially fun to visit since the towns are connected by the Alpine Loop, an epic 65-mile four-wheel drive trail that shows you the “real Colorado” as you traverse through terrain as high as 12,000-feet above sea level along a stunning moonscape of alpine tundra and crystal clear skies.

Great base camp RV parks in the area include:

As native Californians, my husband and I prefer the more remote spaces of the west but there’s one eastern state we’ll gladly visit, especially now that fuel is more affordable. That state is Vermont, home to the progressive college town of Burlington, Ben & Jerry’s ice cream and one of the funniest characters I’ve ever met on the road, the one and only Roy Egg. This eccentric and lovable Americana artist paints portraits of noble chickens and pastoral farm scenes on eggs, one of which was selected for an exhibit at the White House. His gallery is open on weekends and I guarantee you’ll have a ball if you make the trek. 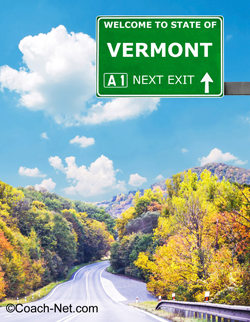 Your Vermont stay is even better if you check into Burlington’s North Beach Campground, a pretty public campground on the shores of Lake Champlain. After Burlington head south to watch the leaves turn in the southern Vermont town of Manhattan. There’s a lovely family-owned riverfront RV park called “Camping on the Battenkill” with fantastic leaf peeping opportunities. But don’t stay too long, since winter will be just around the corner.

You never know where you’ll leave your heart in this great big country, but as an RVer at least you always have the option of returning for more fun in places you love most. I hope you won’t let this year go by without packing up your RV and hitting the road at least a few times, if not for good like I did!

Rene Agredano, a Coach-Net member since 2015, is a self-employed full-time RVer who enjoys writing, jewelry design and animal advocacy. Her adventures with a three-legged dog and husband Jim are chronicled at LiveWorkDream.com.